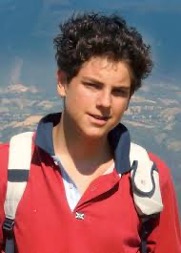 An Italian teenager who used the internet to spread his faith is on a path to becoming the Catholic Church’s first millennial saint. Carlo Acutis, who sadly died of leukaemia on October 12th 2006 at just age 15, has already been dubbed “the patron saint of the internet”.

On October 10th 2020 Carlo was elevated to “Blessed Carlo Acutis” by Pope Francis at a Beatification Mass in Assisi.

As well as being a devout Catholic who attended Mass daily, Carlo was avidly interested in computers, video games and the internet. He began a project designing a webpage that lists miracles across the globe associated with the Eucharist, the bread and wine consecrated at Mass.

After Carlo’s death, people began to attribute miracles to his intercession. This included the birth of twins to his own mother four years to the day after his death. Carlo’s case was submitted to the Congregation for the Causes of Saints, an office in the Curia, papal administrative structure of the Catholic Church, who began the process of his official canonisation in the Roman Catholic Church.

Here is a link to one of the many YouTube videos of Blessed Carlo Acutis; https://www.youtube.com/watch?v=HFmj9Fw6Acw

Having referenced many sayings of St Francis of Assisi, it is significant that Pope Francis should make available to the public his third encyclical letter, Fratelli Tutti, on 3rd October, the Feast of St Francis. The Encyclical letter is rooted in the concept of ‘fraternity and social friendship’.

As the encyclical was being written the COVID-19 pandemic enveloped the world. The global response to this emergency has helped demonstrate that “no one can face life in isolation” and that the time has truly come to “dream, then, as a single human family” in which we are “brothers and sisters all” (Par 8).

This chapter reflects on the many distortions of the contemporary era: deals with global problems that call for global actions, emphasises the Pope, also sounding the alarm against a “culture of walls” that favours the proliferation of organised crime, fuelled by fear and loneliness.

Chapter Two: Strangers on the road

The second chapter, “A stranger on the road”, is dedicated to model of the Good Samaritan. In it, the Pope emphasises that an unhealthy society is one that turns its back on suffering and that is “illiterate” in caring for the frail and vulnerable. Each of us is called, just like the Good Samaritan, to become neighbours to others, overcoming prejudices, personal interests, historic and cultural barriers.

In this chapter Francis exhorts us to go “‘outside’ the self” in order to find “a fuller existence in another”. The spiritual stature of a person’s life is measured by love, which always “takes first place” and leads us to seek better for the life of the other. The sense of solidarity and of fraternity begin within the family, which are to be safeguarded and respected in their “primary and vital mission of education”.

This chapter discusses the theme of migration and is entitled “A heart open to the whole world”. With their lives “at stake”, fleeing from war, persecution, natural catastrophes, unscrupulous trafficking, ripped from their communities of origin, migrants are to be welcomed, protected, supported and integrated. Unnecessary migration needs to be avoided, the Pontiff affirms, by creating concrete opportunities to live with dignity in the countries of origin. But at the same time, we need to respect the right to seek a better life elsewhere. In receiving countries, the right balance will be between the protection of citizens’ rights and the guarantee of welcome and assistance for migrants.

A better politics is one that protects work, an “essential dimension of social life”. The best strategy against poverty, the Pontiff explains, does not simply aim to contain or render indigents inoffensive, but to promote them in the perspective of solidarity and subsidiarity. The task of politics, moreover, is to find a solution to all that attacks fundamental human rights, such as social exclusion; the marketing of organs, tissues, weapons and drugs; sexual exploitation; slave labour; terrorism and organised crime. The Pope makes an emphatic appeal to definitively eliminate human trafficking, a “source of shame for humanity”, and hunger, which is “criminal” because food is “an inalienable right”.

From the sixth chapter, “Dialogue and friendship in society”, the concept of life as the “art of encounter” with everyone further emerges, even with the world’s peripheries and with original peoples. “Each of us can learn something from others. No one is useless and no one is expendable”.

The value and promotion of peace is reflected on in the seventh chapter, “Paths of renewed encounter”, in which the Pope underlines that peace is connected to truth, justice and mercy. Peace is an “art” that involves and regards everyone and in which each one must do his or her part in “a never-ending task”. Forgiveness is linked to peace: we must love everyone, without exception – the Encyclical reads – but loving an oppressor means helping him to change and not allowing him to continue oppressing his neighbour.

In the eighth and final chapter, the Pontiff focuses on “Religions at the service of fraternity in our world” and emphasises that terrorism is not due to religion but to erroneous interpretations of religious texts, as well as “policies linked to hunger, poverty, injustice, oppression”. A journey of peace among religions is possible and that it is therefore necessary to guarantee religious freedom, a fundamental human right for all believers.

For the full text of Fratelli Tutti use the link below.

Fr Kevin Irwin suggests “Fratelli tutti” should be both read and prayed because it is “nothing less than about a way to reread and to live the Gospel for our times”.

Msgr Kevin Irwin is Ordinary Research Professor in the School of Theology and Religious Studies at The Catholic University of America, in Washington, D.C.

Words by Owen Smith, Assistant Director of Office of Peace, Justice and Integrity of Creation and Sisters of Charity of New York

Laudato Si describes the integral relationship the many crises facing our world share. Today, even more than in 2015, all of Creation feels the impact of Climate Change. Notably, the nations and communities suffering the most devastating effects of climate catastrophes are largely the poorest and most marginalised among us; those who have benefitted the least from our global emissions glut.

Pope Francis also writes of another crisis, the globalisation of indifference, which he argues rises in correlation with what he often refers to as “throw-away culture”, consumerism.

We can see how indifference contributes to and grows from rampant inequality, environmental degradation, and consumerism. The sense that our challenges are too great to overcome has manifested itself in a sense of helplessness. That helplessness keeps us from action. Inaction only makes our problems more difficult to solve. Indeed, this cycle has bred and nurtured a cold hopelessness in many of us.

Before Pope Francis, Blessed Frédéric Ozanam (a young Student in Paris and Founder of the St Vincent de Paul Society) had a similar sense of his time and place: “The world has gone cold, it is for us Catholics to rekindle the vital fire which has been extinguished”.

It is the work of all of humanity to rekindle the “vital fire” and to rid indifference from our hearts. For answers, I suggest we first reflect on the questions posited by Pope Francis in Laudato Si:

If we are to survive the crises we face, we must do the work Pope Francis describes above. In grappling with these big questions and living the answers that spring forth from us, we experience spiritual transformation. An action plan, if you will, for our “earthly sojourn.” When we bring these questions to our communities and live their answers together, we plant roots for a culture of peace to take hold.